Step-by-step instruction how to make these, with some experiments after completion: 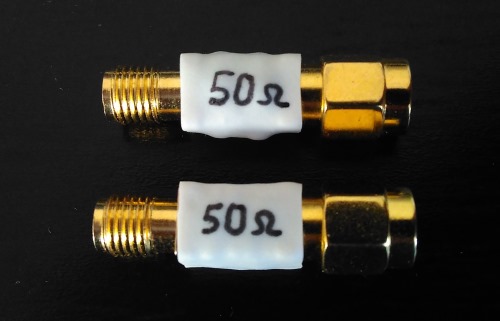 I’m using through-hole resistors because I have a lot of them in stock and no SMDs of required value.

With SMD resistors building can be simplified (no need for isolation), and will not be as fun as I wanted it to be.

For high-frequency applications you will most probably use SMD resistors and copper shielding, but I’m limited with tools up to 50 or 60 MHz at the moment.

Through-hole resistors have their own merit though. Four 0.25 Watt resistors in parallel can handle up to 1 Watt of power coming from a device under test. This might be important when measuring noise from a power supply for example.

I used a piece of plastic from plastic L folder for isolation. 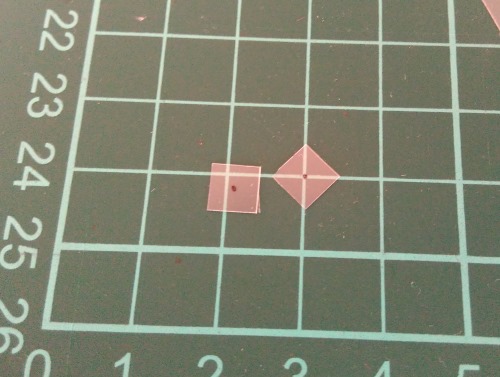 Then cut central holes and cutouts. put each isolator onto each connector. 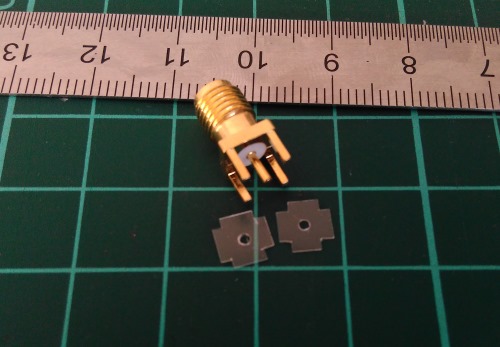 In order to simplify soldering to central pin, I made two turns on resistors’ leads. 0.9mm hex bit from screwdriver set came in handy. 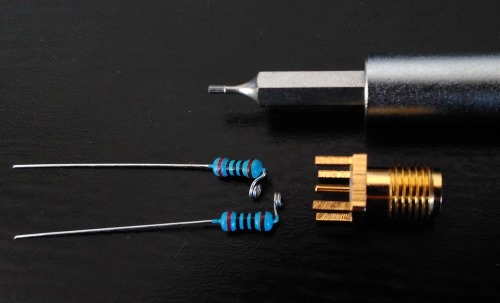 Solder a pair of resistors to each connector. Make sure you didn’t lost isolators in the process. 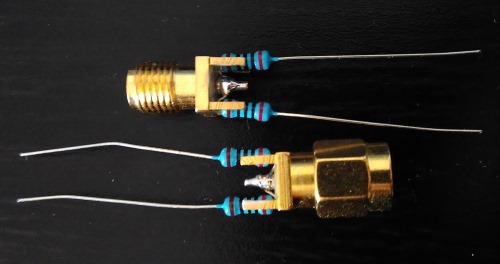 Next step is to solder connectors back to back.

As for my mistakes, on a first terminator I put a little bit too much solder (as you can see on a picture below), and for second terminator I misaligned connectors a bit, so it was looking bent a little before applying heat-shrink. 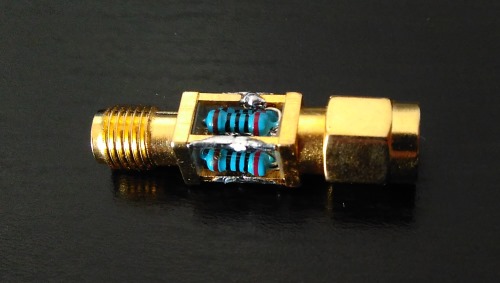 Now put some heat-shrink tube on it to hide your soldering to make it fancier to write a value and it’s done.

First, measure the resistance with multimeter. I got 49.6 Ohm measured, which falls into 1% precision of resistors I used.

Resistor values matches quite well among the batch, so there is no chance to pick different values from single batch. I was thinking about putting one 220 Ohm resistor along with three of these slightly undervalued 200 Ohm resistors, but it would bring me to 50.8 Ohm, which is slightly worse.

Next thing to do is to look at frequency response. So here is simple setup with RedPitaya. 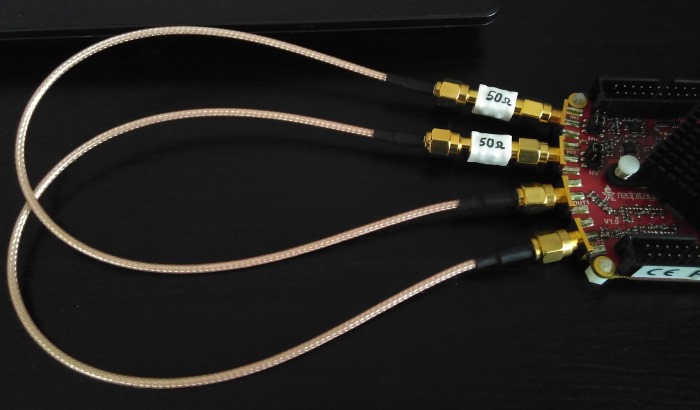 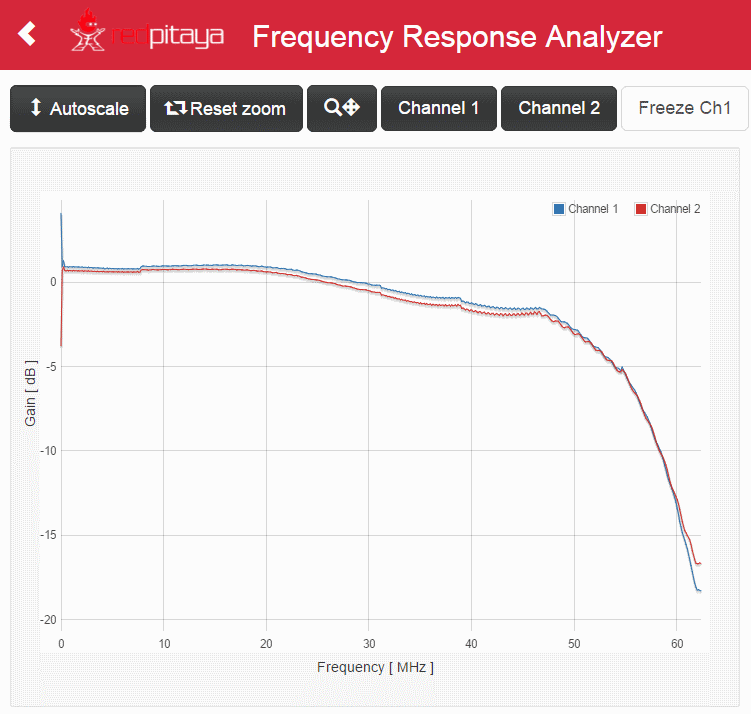 I was not expecting anything fancy over 50 MHz due to RedPitaya’s 125 MHz sampling frequency. Below that it looks good enough (don’t forget there is calibration step before switching device under test in real use).

Then I became curious about what can be achieved with variable resistor. So I made the following setup: 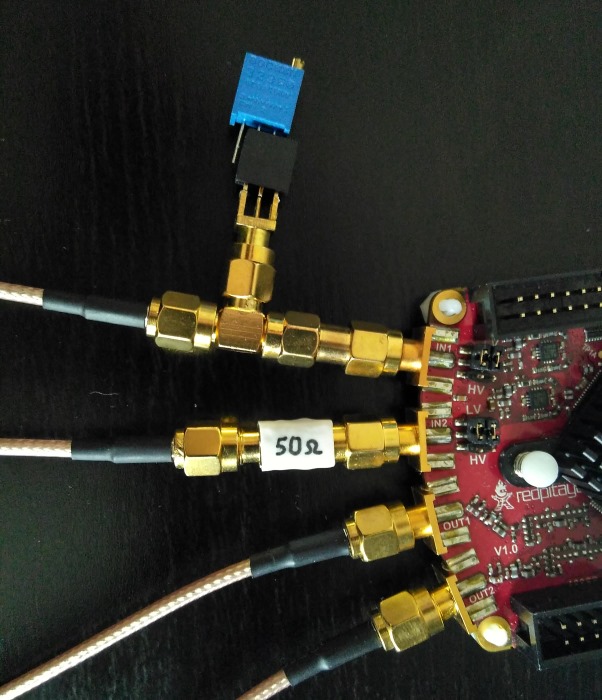 There is 10-turn pot connected through DIY 0.1 inch to SMA connector. You can consider it as a bonus part of this post :)

It makes sense to have such a thing with male connector, but they are harder to obtain. Gender changer connector can be used when needed. 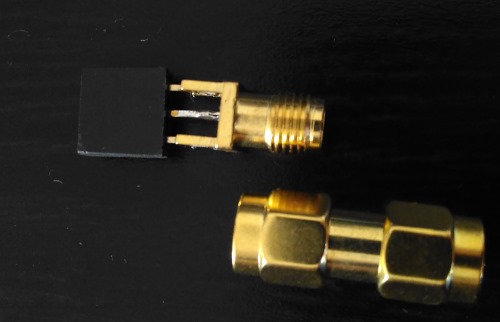 After playing with a pot for a while, I’ve got this picture: 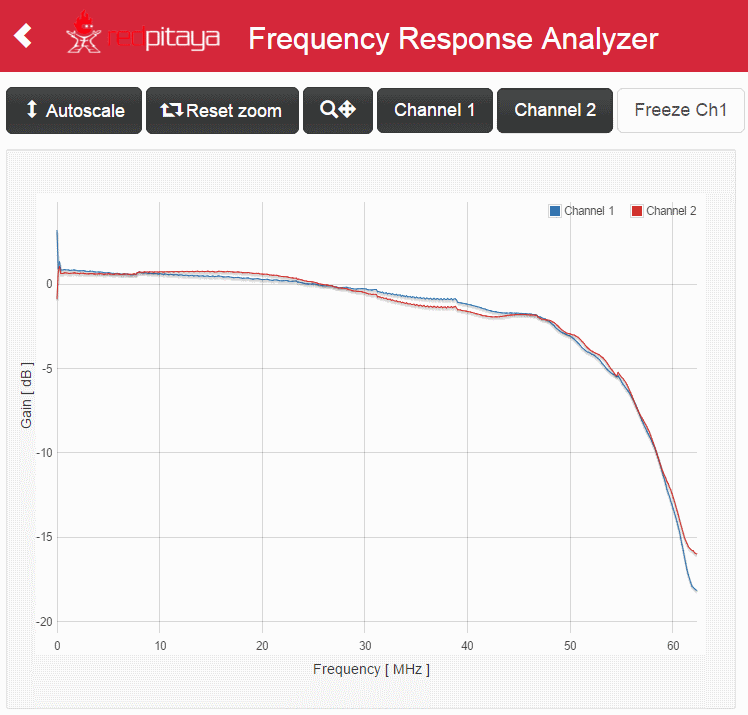 Channel 1 (blue), where pot is connected, looks a bit more linear to me. After measuring a value on the pot, I found it is a bang on 47 Ohm. Wow. It’s kind of proof that it’s possible to go with single 47 Ohm standard value resistor for termination.

But beware. I took some 47 Ohm value resistor and put it in. It has 46 Ohm when measured with multimeter and gave me the following picture: 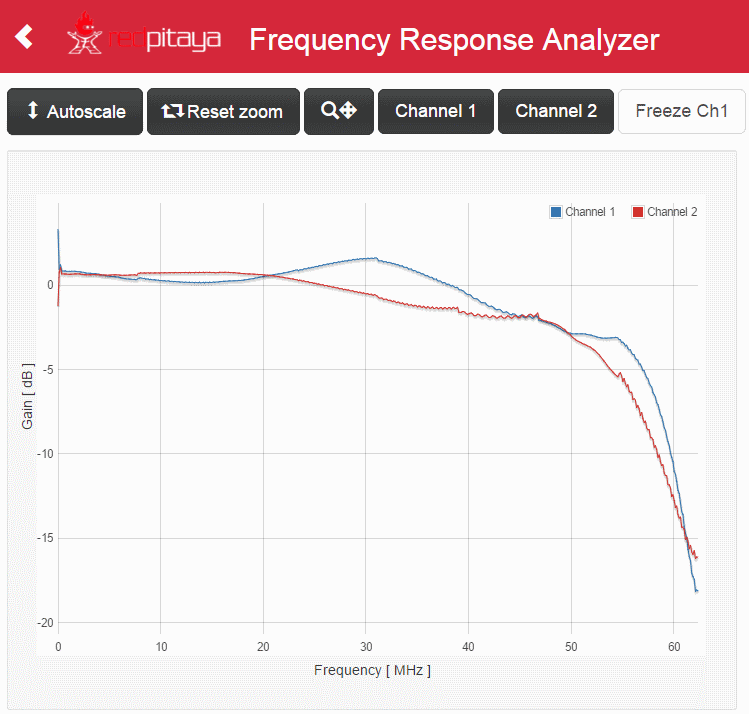 Just for kicks, here is frequency response with 68 Ohm resistor: 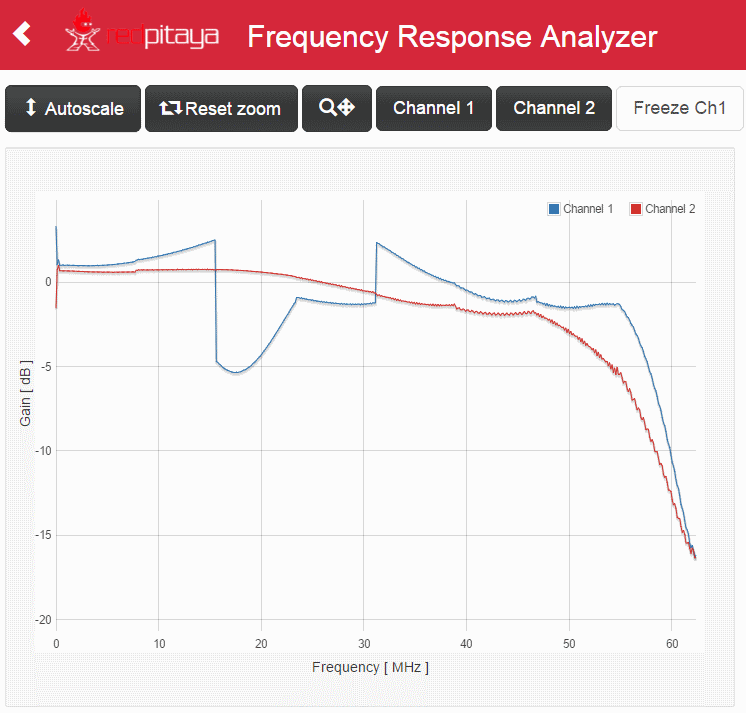